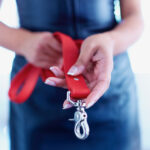 Growing up as a first/second generation North American has come with its challenges. Although she was born in Southeast Asia, my mother was raised here while my father only arrived in North America for their wedding at 30 years of age. The culture clashes in my childhood home were major and inevitable. Fights about what to wear (“No shorts or short skirts!”) and where we could go to socialize (“No school dances!” “No sleepovers!”) were a daily battle. One aspect of my South Asian culture though that was not up for debate though was the matter of honour to the family name and community.

When I finally moved out of my parent’s house, the feeling of freedom didn’t hit me right away. I was 24 when I moved out and very engrained in me were the values they tried to instill my whole life. Unfortunately, growing up in this dual world of wanting to enjoy the same things all my mainly white friends got to do (I grew up in a French suburb) and simultaneously maintaining my South Asian roots and not upsetting or embarrassing my parents was a constant struggle. Now, when I say my parents I don’t just mean the two people who are mom and dad to me – I mean my grandparents, my aunts and uncles and all the people we call ‘aunties’ and ‘uncles who are not related by blood but just as much family members as the biological ones. We’re talking in the tens of hundreds.

So being raised in an environment where I always had to worry that anything I did in public or even private might be ‘talked about’ or reported back to my parents was quite stressful. I am going into this background to give you an idea of what had been drilled into me from a very young age despite living in North America where most people didn’t think twice about these innocuous actions.

From a young age, I learned how to compartmentalize all the various aspects of my life – my school friends, my family friends, my cousins, my religious friends, my ‘fun’ friends etc. I kept so much from my parents for fear that even the smallest, most innocent action would be misconstrued, that it was pretty normal to just say I’m going to the library while heading out to a friend’s house or going to the University pub. I was not a drinker or doing drugs or anything that was considered ‘bad’ in my culture but it still didn’t matter – I was always on edge about being ‘caught’ doing something that would upset my parents and thus upset my life.

The reason I am laying out a brief synopsis about the way I grew up as a first generation North American is to help explain why steps towards diversity and
inclusion may not always work out the way people hope. I was always kinky but I didn’t discover the public scene until I was in my mid-30’s. I was more self-assured and confident, had my own home, a good job and very independent but it still didn’t change the fact that I was terrified that someone from my religious
faction would see me at an event. People will say ‘Oh but they are there too, so it’s ok’ but in reality that doesn’t matter one bit. Especially if you are a woman in my culture. The judgment would be swift and if my family were to hear about it I am not even sure how rough that conversation would be with them.

This is why efforts around diversity and inclusion aren’t as easy as groups saying ‘we welcome people of all backgrounds’ – the nuances that people of various
backgrounds live through may not allow them to actually experience the community’s offerings. The good intentions are there and are definitely noticed
and help feel a certain comfort level that people are recognizing that perhaps members of other cultures weren’t being included; however I don’t think group
leaders should beat themselves up about not having as diverse of a group even though they have tried to make changes to welcome diversity. There are deep-rooted values and cultural norms that cannot be pushed aside on a whim and so when a person from my cultural and religious background thinks about finally
going to a public event, there can be so much more at stake than other people may realize.

This is something I hope the coalition partners who are making great changes in diversity and inclusion can try to understand and it may mean reaching out
directly to those people they want to include to see how they want to be included and if it’s even possible. This is not to give people a pass on ignoring diversity
issues, but just to say there is a lot more work to be done before we as a community can truly be diverse.