What Psychology Professionals Need to Know about Polyamory

“Nearly half of this sample expressed interest in at least one paraphilic category, and approximately one-third had had experience with such a practice at least once. Voyeurism, fetishism, frotteurism, and masochism interested both male and female respondents at levels above what is usually considered to be statistically unusual (15.9%). Interestingly, levels of interest in fetishism and masochism were not significantly different for men and women. Masochism was significantly linked with higher satisfaction with one’s own sexual life.”

NCSF Commercial – Learn about the National Coalition for Sexual Freedom and our Consent Counts Program!

NCSF banner long – Your Rights, Your Privacy, Your Freedom 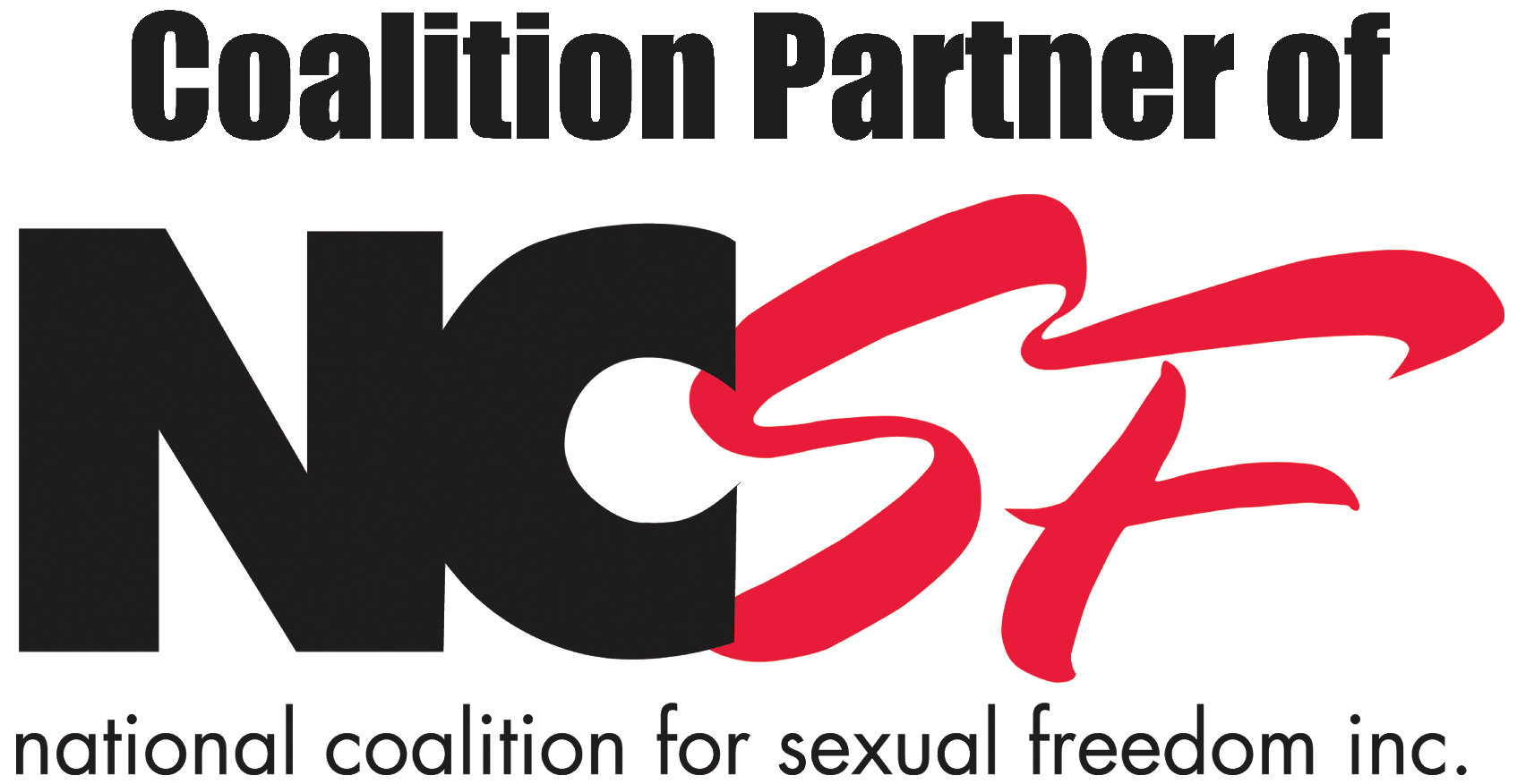 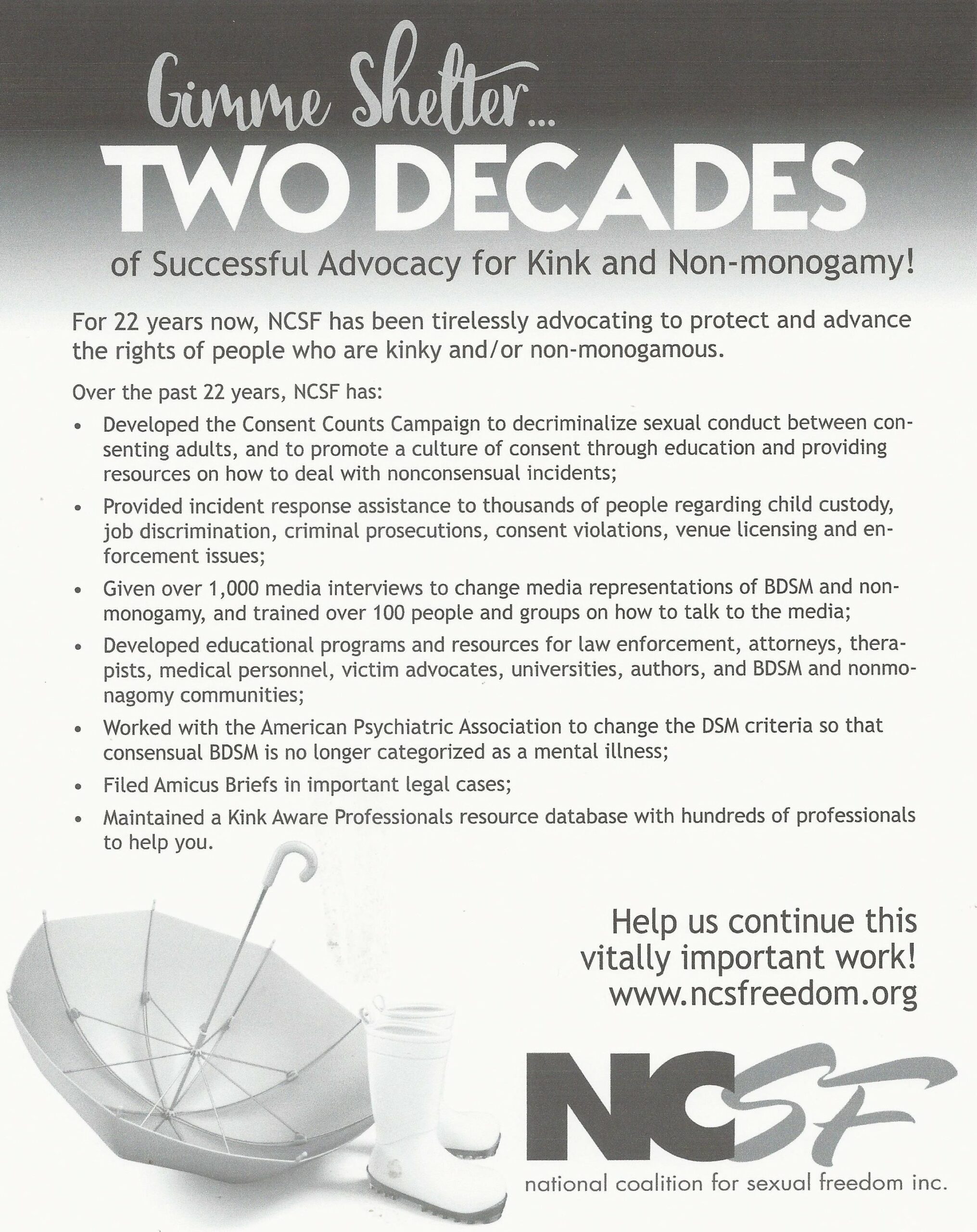 Recent News from the NCSF