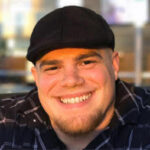 Dan Savage once said that he is generally conservative in that he generally wants couples to stay together. I mirror his words with the couples I have loved, am friends with, or work with in therapy in that I generally want folks to stay together if that is what they want. When I first started working with couples, this would translate into me sometimes struggling with imposter syndrome or fear of failure when couples decided to split. “They wanted to stay together, and I was their couple’s therapist; thus, I must have failed them that they are now splitting.” Thankfully, these dynamics have faded over the years as I have worked on unlearning this couple centrism. Couple centrism for me means perpetuating common societal myths that couples staying together for their entire lives is an inherent goodness. Intrinsic in couple centrism is the worship of the couple as an ideal product of adulthood. This myth wraps itself tightly around heteronormativity and couple privilege.

Growing up in rural Georgia in a Conservative Christian Cult, I was socialized as a little tike into a heavy version of this couple worshiping myth. This is the myth that tells partners, most often women, who are in an abusive relationship to stay in that hell. This myth kills people over-and-over again. I saw that firsthand as I began to unlearn the cult conservative ethos and evolve through many years and tears into the kinky queer liberal that sits before you. Couple centrism is one of many myths that I have had to unlearn repeatedly because those prejudicial messages that are tattooed into our psyches in childhood and reinforced through popular culture have a callous stickiness to them. A part of this entails a demeaning for the stickiness. This means that when I uncover another layer of internalized misogyny, homophobia, racism, or couple centrism, the oft first response I feel shame. Thankfully along life’s journey there have been numerous kindly sages and leather-clad helpers who have nudged, whipped, encouraged, and challenged me toward normalizing that the devils taught young and taught thoroughly take a lifetime to exorcise.

So now when I have the privilege of working in relationship therapy, I can see that lifelong relationships can be wonderful, and they can be hell. Sometimes breaking up and having a finite time together in a relationship is natural and healthy. There are no inherent value in certain narrative of relationship like “we were each other’s sexual firsts” or “we have been together all our lives.” Rather, the goodness is in the product. Is the relationship producing what is desired for both? If not, is it able to do so? If not, is it time to facilitate a good goodbye?

Finally, a sad biproduct of this couple centrist myth is that it pathologizes people who choose to live alone, are consensually nonmonogamous, kinky, queer, childless, single, and so on. One of the gifts of unlearning couple centrism is that I have been empowered to live authentic as the queer, kinky, consensually nonmonogamous adult who lives alone with two domineering cats. Thank you for listening to this part of my journey in evolving out of the cult conservatism I was born into and its damnable myths.