Gloria was in the closet about being polyamorous for years. What it took for her to come out was being diagnosed with breast cancer. Upon diagnosis, she realized how short life is and that she wanted to be out and proud in all her identities. However, she still keeps her polyamorous identity hidden from her sister in order to avoid condemnation from her family or origin. Rose, Josh and Xtina are in a committed relationship, share a home and raise their young child together. They have worries about legal rights for all three parents and protections for their child. They hope the state will eventually acknowledge their three-parent household. Ignacio Rivera raised a daughter to adulthood as a non-monogamous single parent. When Ignacio’s daughter was very young, they were living on welfare and Ignacio faced intense stigma, judgment and slut shaming for being a single mother who is also polyamorous. Aida has several romantic partners and works as a therapist helping others with similar identities. Most of Aida’s family are very religious would not approve of non-monogamy, so Aida often introduces partners as ‘good friends’ for fear of family non-acceptance and retaliation. Chrissy avoids socializing with her children’s friend’s parents because in her conservative neighborhood, she fears if other parents discover she and her husband are polyamorous, they will be stigmatized. 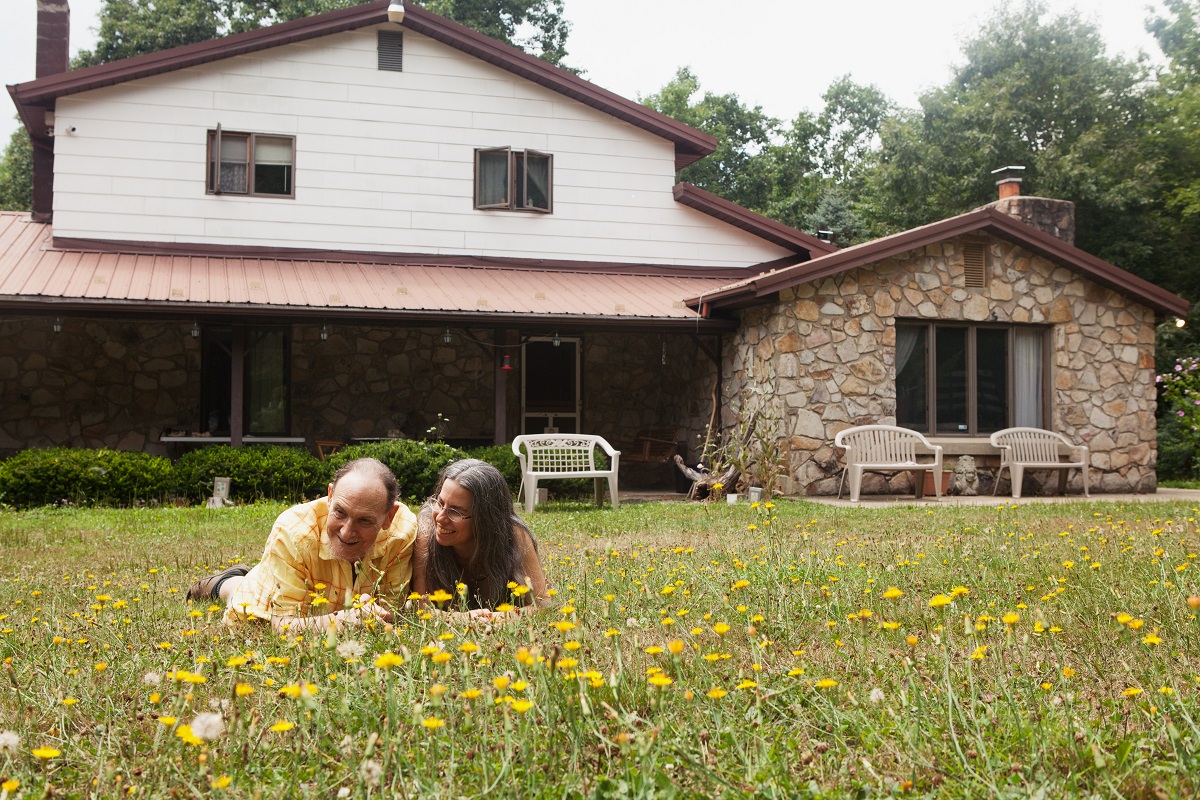 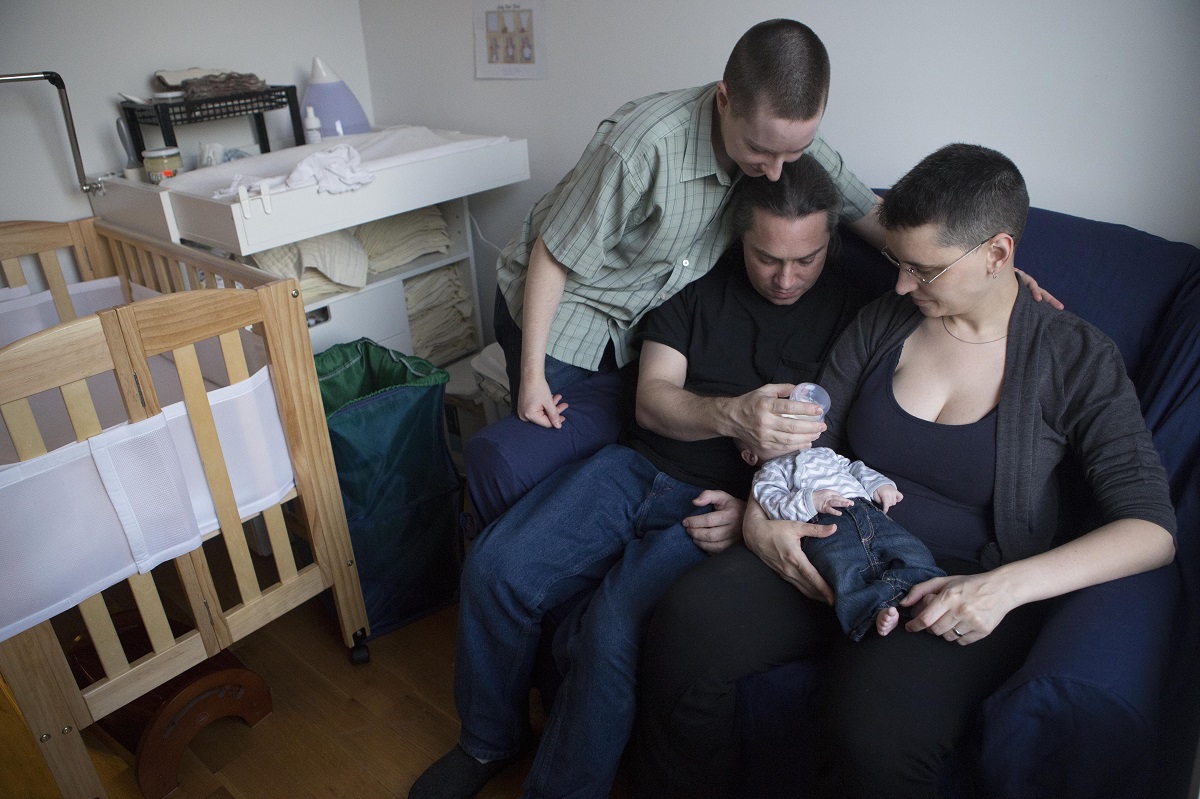 Adults who love outside of the monogamous ideal often face negative repercussions. Non-monogamous people can face discrimination from mainstream society, employers, and landlords. Many become ostracized from their family of origin and experience lack of legal protection around issues of child custody. Polyamorous people have been fired from their jobs because, while there are legal protections against workplace discrimination based on sexual orientation, being polyamorous is not legally defined as a sexual orientation and therefore does not receive the same legal protection. Because of the threat of social, familial and legal ramifications, many people in these relationships are forced to remain closeted and present socially as monogamous. 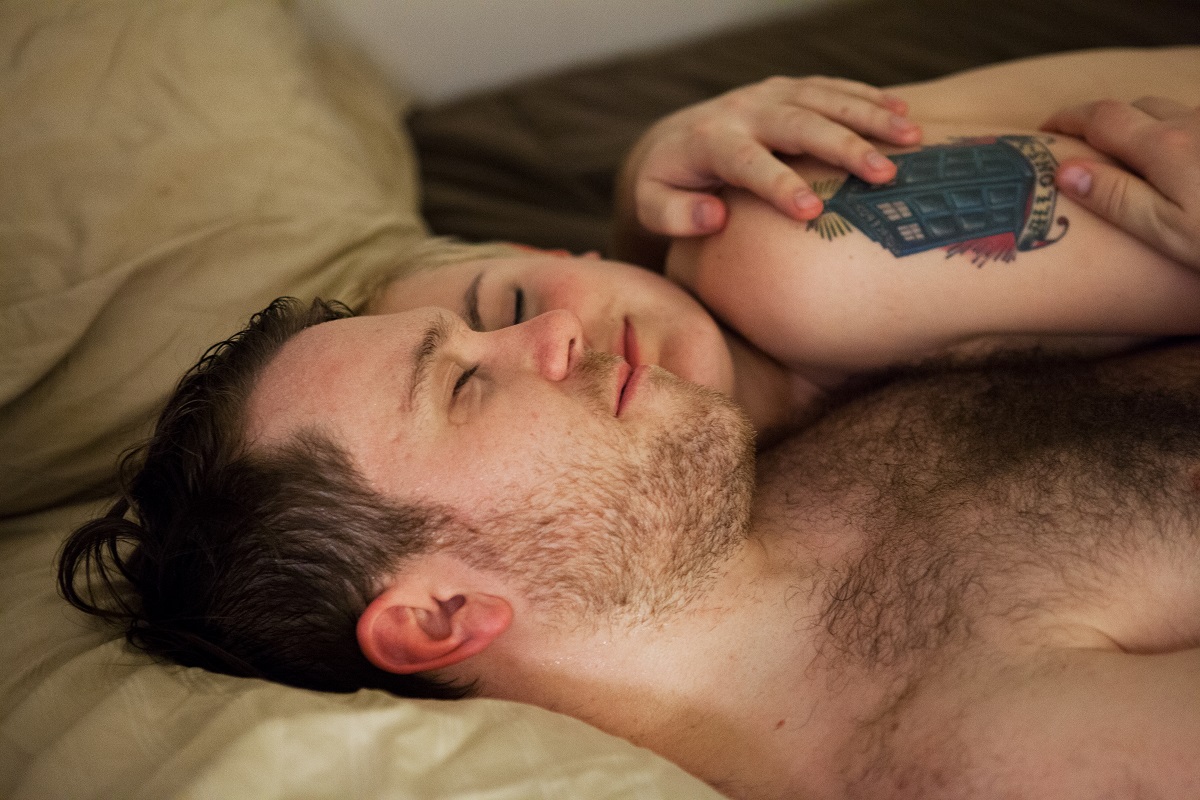 By combining photographs of non-monogamous people in their daily lives with their own words about relationships, The Open Photo Project challenges the mainstream social ideals that enforce a compulsory understanding of monogamy as the only ethical relationship style. The stories in this project strive to de-stigmatize consensually non-monogamous relationships by bringing awareness and cultivating empathy.

By photographing non-monogamous people in a variety of their everyday activities, I seek to present them as the complex, multi-dimensional human beings that they are. Whether cooking a meal, on the way to work, or naked with a partner, these images reveal the complex lives of these people and their choices. A combination of portraits, daily life activities and text excerpts from conversations will show an in-depth look into their lives and relationship choices. 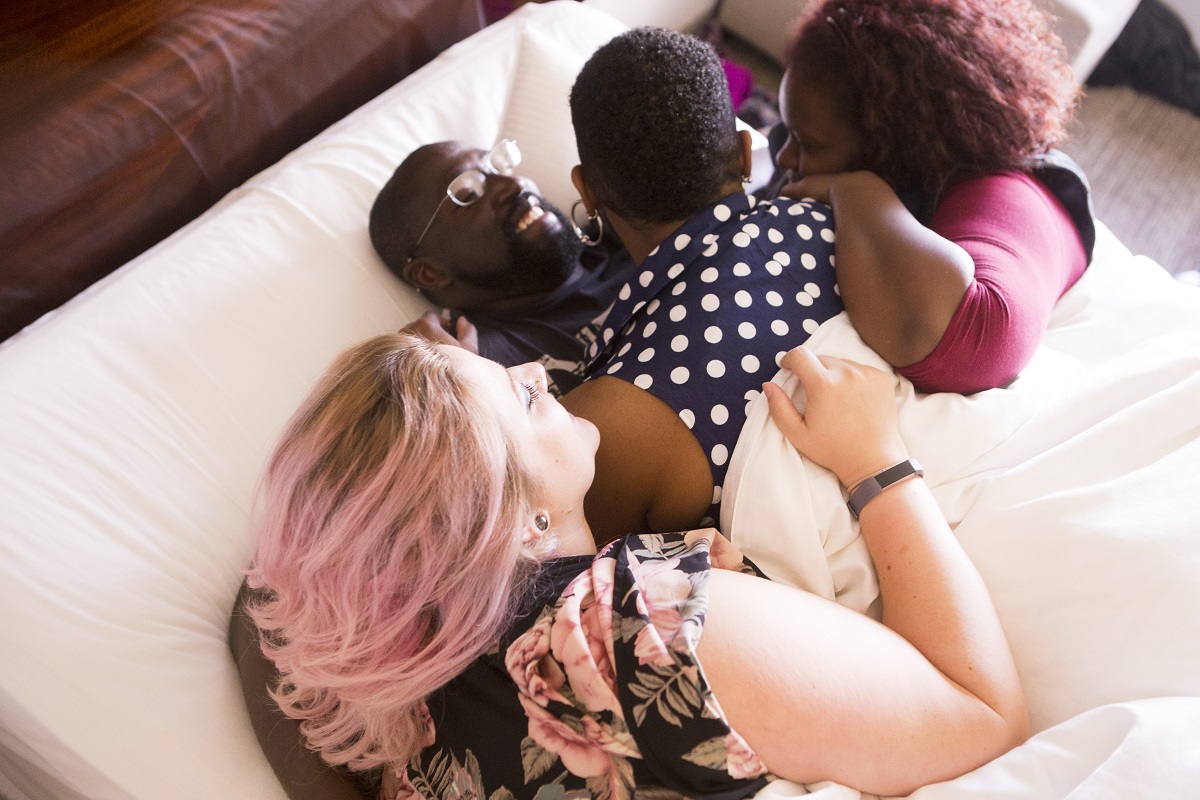 My goal is to confront the broad misconceptions that exist in the mainstream social landscape where monogamy is the default relationship style (and the only one universally considered ethical). In addressing people who believe that monogamy is the only acceptable relationship model to cultivate healthy romantic love, I wish to introduce them to the beautiful, complex and fulfilling lives that are possible among non-monogamous people. 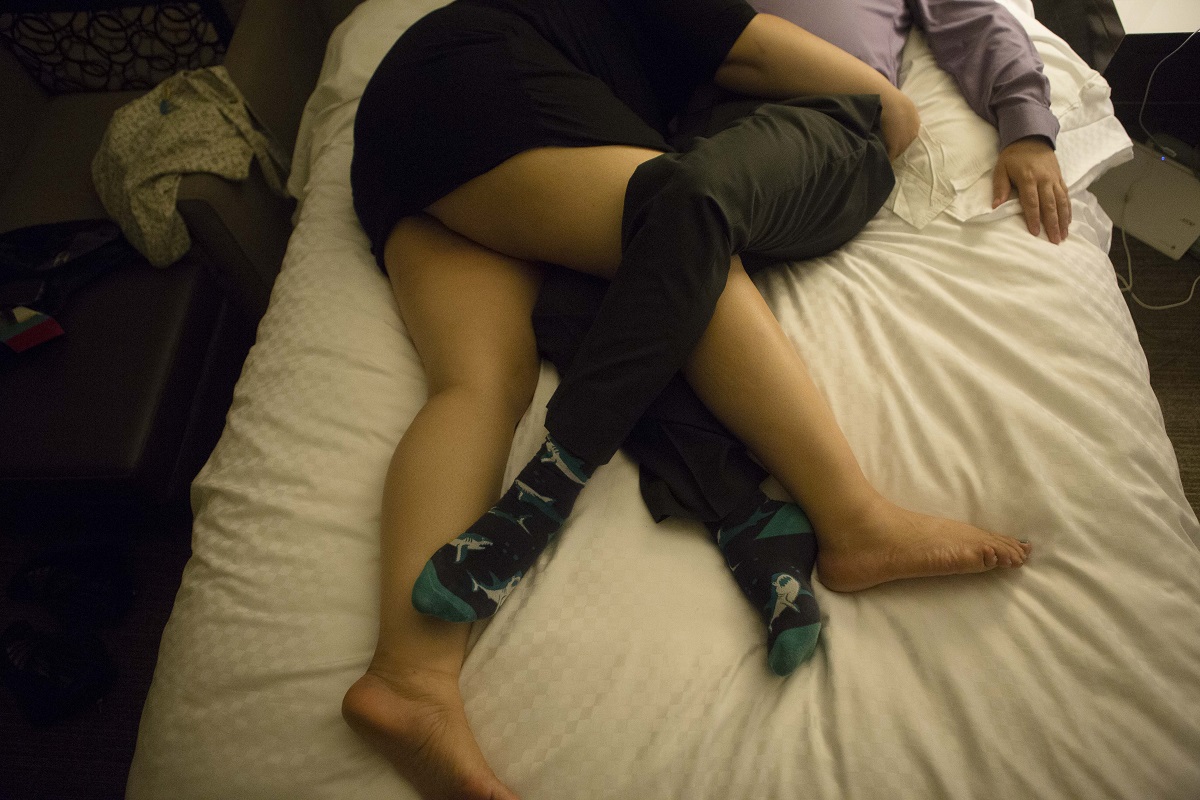 This project offers a look at the uniqueness of human relationships and an invitation to re-examine preconceived notions of successful, sustainable, and healthy romantic love. 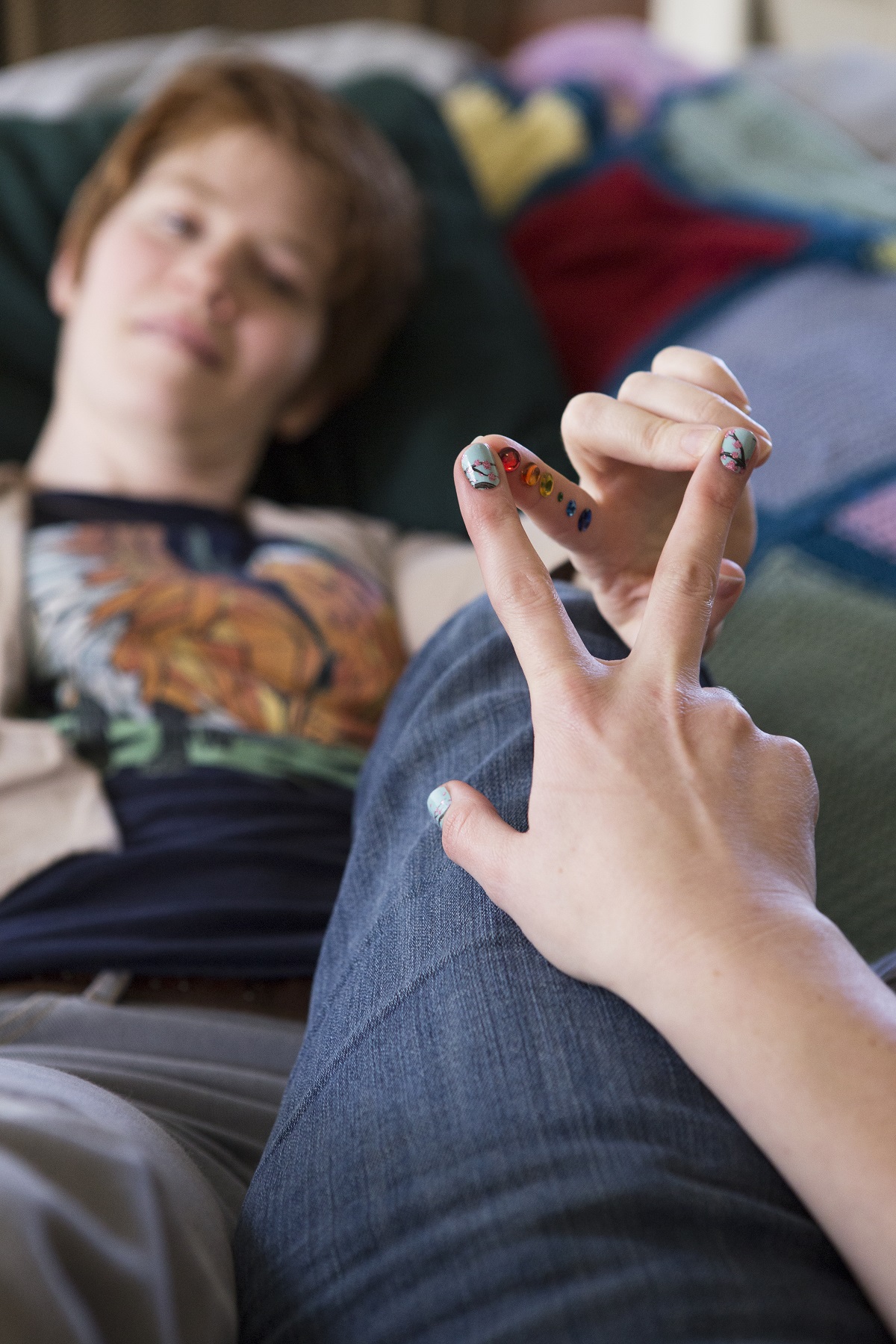